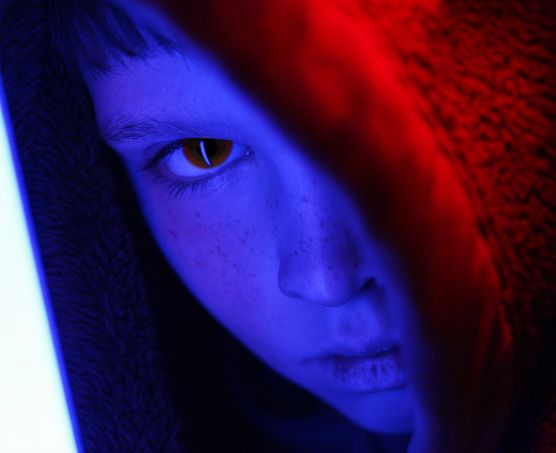 Often children who lash out and cause others pain do so because they are IN pain. Here you will learn what revenge-seeking behavior looks like in children and the most effective way to discipline a child who struggles in this area.

Dinkmeyer and McKay, the authors of STEP Parenting (where this typology is explored), state that a child whose misbehavior is motivated by revenge is thinking: “I can’t be liked; I don’t have power but I’ll count if I can hurt others as I feel hurt by life.” This distorted thinking colors how this type of child views the world.  He sees the world as a hurtful place so he makes it his goal to strike first.

What revenge-seeking behavior looks like. Children who make it their goal to hurt others are not hard to find.  Their pain is obvious by the pain they cause others.  They reveal their struggle in the following ways:

What revenge-seeking behavior feels like to you.  Parents of revenge-seeking children often find themselves first feeling hurt which then can quickly change to resentment, retaliation and a desire to get even.  You may even find yourself saying things like, “He is so ungrateful! He doesn’t appreciate anything.” “I would never have treated my parents like that!” or “I just don’t understand why he would do something like that.”

What his behavior tells you. This type of behavior is a sure sign that your child feels that he is of little worth or value in the world.  He sees the world as hostile and himself as a victim of that hostility. To cope with such feelings, he lashes out and gives those around him a “taste of his own medicine.”  Discouragement is his most frequent companion.  He is often identified as the “black sheep” in the family – and once that identifying marker is hung on his neck, it is hard to remove.  Once he feels he is bad, he will continue to act in such a way to confirm his perception that he deserves such a negative label.

How to correct revenge-seeking behavior. The most important corrective action you can take to help a child who misbehaves out of revenge is to create, build and maintain a positive, open relationship. Empathetic listening is one way you can help facilitate such a relationship.  Listening without jumping in without quick fixes or judgments will go a long way in helping your child to begin to trade in those feelings of despair for hope.  Knowing that someone is willing to listen with unconditional love is essential for these types of kids.

Another thing parents can do is affirm the child in the midst of his misbehavior.  This may be difficult to do, but it can help your child break the revenge habit.  You can say something like, “I don’t like what you said, but I still love you.”  Remind yourself that your child’s hurtful behaviors or comments are not personal.  Try to see them as reflective of the true struggles in his heart.  Use the pain and hurt you feel as means to understanding the pain and hurt he is feeling.

Parents will also want to avoid punishments that are retaliative in nature.  Taking away your son’s favorite toy for breaking his sister’s favorite doll may seem like a logical consequence that can be very appropriate in some circumstances for some children.  However, for these children it is best to avoid any consequence or punishment that can be interpreted as retaliation.  Instead, focus on having the child make amends.  He can do chores around the house to pay for a new doll or he can sell some of his toys to make enough money for the purchase.  Building and supporting intra-sibling relationships is an important task for parents of revenge-focused children.

Spending quality time with a revenge-oriented child (even if they reject or resist your advances) is very important.  Shutting him out because of his behaviors will only confirm what he feels about himself.  Focus on what you like about your child.  Make a list of all of his positive traits and tune into those.  It will help you empathize, listen and tap into the compassion he so fervently pushes away.

Next article:  Display of Inadequacy