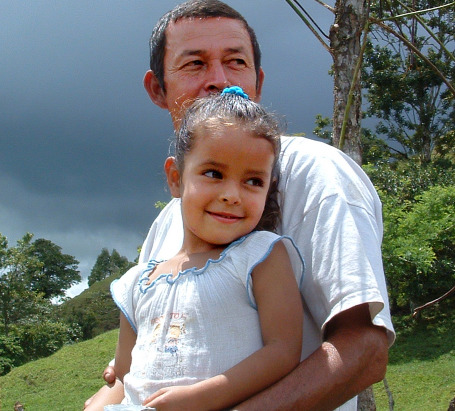 Lying is a common behavior problem in childhood. But why do some children lie more than others? And what can Christian parents do about it? Here we will explore some answers to both of these questions.

Sin came into the world with a lie (“‘You will not certainly die,’ the serpent said to the woman.” Genesis 3:4) and it’s been hanging around ever since. So the simple answer to the question posed in the title of this article is:  children lie because, like us, they are born with the capacity to lie.  It’s a nasty side effect of original sin. But why do some children lie more than others?  Here we will take a look at some reasons why and some specific solutions for Christian parents.

It should come as no surprise that children model what they see.  Here are some common ways that parents may inadvertently “teach” their kids to lie:

We may think that our kids don’t notice these sorts of interchanges, but I can assure you that they do.  “Little white lies” are anything but little.  They blur the line between right and wrong and water down the truth.

They See No Way Out

Many parents try to get to the bottom of an issue via interrogation.  They ask point blank, “Did you take your sister’s jump rope?” With just one simple question, they have backed their child into a corner.  To the child, lying may seem like the best way out.  We need to re-think how we address situations where there is a potential for a lie in response.  It is often a simple matter of semantics.  Instead of asking direct questions, we can make statements like, “Melissa’s jump rope is missing. Let’s look for it.” When you find it hidden under little sister’s bed, you can address the stealing issue then.  Next time you want to get to the bottom of something, ask yourself, “Will this question set my child up to lie?” and “How can I rephrase it so that my child won’t feel the need to lie?”

Some kids lie because they are afraid.  If faced with a sure and severe consequence if they fess up, a child will take the risk of lying in hopes that you will buy it. Often this pattern is more prevalent in families where a more authoritarian approach to parenting is used.  Domineering parents tend to have fearful children where “survival mode” takes over in the face of punishment.  Having an open relationship with clear and consistent hierarchical boundaries will go a long way toward preventing fear-based responses in children.

Exaggeration is the Father of Lies

Just like “little white lies,” exaggeration blurs the line between right and wrong.  Children tend to be very literal – viewing life as black and white.  Because they do not see shades of grey, an exaggeration can be seen as a misrepresentative of the truth.  We don’t need to get legalistic here, but by simply identifying your exaggerations as such (“It’s a hundred degrees out here! Well at least if feels that way.”), we can teach our children that our words can be trusted. We can make a simple statement when we sense an exaggeration is at work such as, “Wow! It must have really seemed like Johnny had a million matchbox cars.”

It Has Become a Habit

Lying is one of those things that gets easier the more we do it.  This is why it is very important to nip lying in the bud when you see it rearing its ugly head in the toddler and preschool years.  Often what starts out as storytelling, turns into tall tales.  Without gentle redirection, lying will not be far behind.  Helping our children differentiate between the truth and a lie is a foundational training practice for Christian parents. This is one of those situations where “letting it slide” will only serve to create a slippery ground for later.

If you use the circle of blessing concept in training your children, you can show them that lying is “outside of the circle” behavior. It brings troubles such as a loss of trust and consequences and is a clear break from God’s standards.

By not backing our kids into a corner, being honest ourselves and dealing swiftly (but not harshly) with incidences of lying, we can reduce (but, thanks to sin, not eliminate) lying in our homes.

*If you are interested in learning about some of the tell-tale physical signs that someone is lying, you can read this article.

*This provocative article offers some very interesting insights into lying and children based on research findings. I highly recommend it.