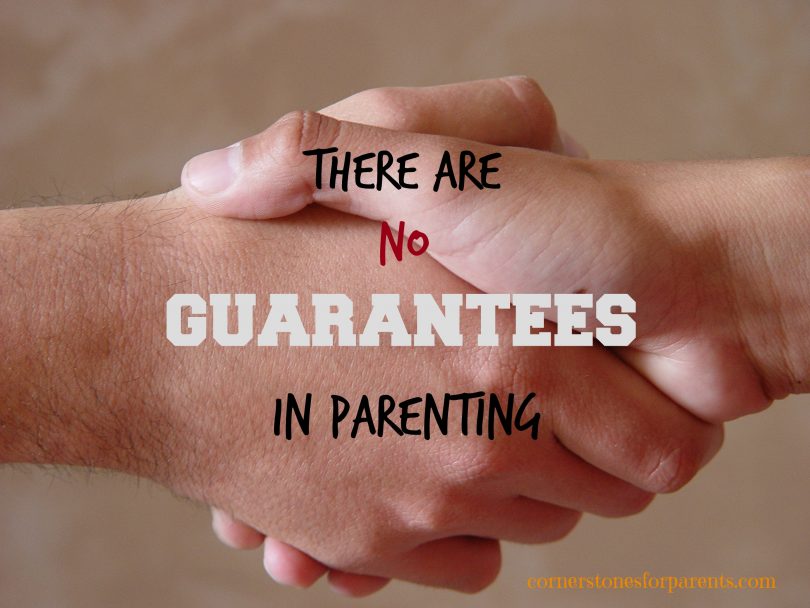 What happens when we do everything “right” and our kids don’t turn out as we thought they would? God’s word provides comfort in a world that doesn’t always work the way we think it should.

Have you ever been reading along in the Bible when all of a sudden a verse jumps out at you and shocks you a little bit?

“After all that Hezekiah had so faithfully done, Sennacherib king of Assyria came and invaded Judah.”

Huh? After all that he had so faithfully done God decides to bring disaster on the nation? That doesn’t seem right.

The three previous chapters provide a glowing report of Hezekiah’s efforts as a good king – doing “what was right in the eyes of the Lord” (29:2). He invited and encouraged the whole nation to celebrate the Passover, he re-opened the doors of the temple and he followed God wholeheartedly. The nation was back on a good path of worshipping God and focusing on Him. All was well.

It is in this context that the shocking verse comes. The subtext seems to say, “You can do everything right and bad things can still happen.” Simply put: there are no guarantees.

In our “if-then” society, this is hard to swallow. We think, “If I work hard, I should get a raise.” “If I eat right, I should lose weight.” “If I parent my kids right, they should turn out okay.”

Christian parents love to cling to Proverbs 22:6 as some sort of insurance card they can wave in front of God when things start to get rough. It says, “Train up a child in the way he should go; even when he is old he will not depart from it.” Isn’t that Biblical proof of our guarantee? Doesn’t God have to hold to His end of the bargain if I do what I am supposed to?”

I think this passage has been misapplied. After some study, I have come to the conclusion that this verse is not prophetic in nature but rather a verse of warning. Paraphrasing, it could read, “Start out a boy according to his own way and even though he may grow old, he will not turn from it.”

If we do nothing to counteract their inborn sin nature, we can be sure that they will not turn from it. That is the only guarantee I see in this passage.

Good parenting will not give us a prize of “blue ribbon” children. We can do everything right and still end up like Hezekiah – being invaded by an enemy.

Now before we can get all “ecclesiastical” and declare that everything is meaningless, let’s pause for a moment. If how my children turn out is not dependent on me, it must mean that how they turn out is dependent on God.

If I give up control over how they turn out, that does not mean that all control is lost. There is still One who holds everything. The Bible says that “He is before all things, and in Him all things hold together” (Colossians 1:17).

Fellow Christian parents, let’s release that burden of having to get it “right” and give it to God. He wants to take it from you. Instead trust in the Lord with all your heart, lean not on your own understanding and he will show you the way to go (from Proverbs 3:5-6).

In the end, Hezekiah and the entire nation were saved from their enemy. And in the end, we too will be saved from our enemies. But let’s not be surprised in the meantime when trials come our way (1 Peter 4:12) and things don’t look the way we think they should.

God is in control. That, I can guarantee.